A note on the header image

The pictures used in the compilation of the header image have been selected because most of them have a connection with Sussex.

Starting from the right, they are:

1. From Gustave Doré’s illustrations of the story of Geraint and Enid 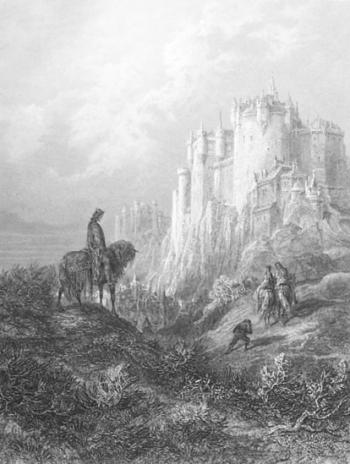 Illustration from story of Geraint and Enid by Gustave Doré

From Gustave Doré’s illustrations of the story of Geraint and Enid (based on Lady Charlotte Guest’s translation of The Mabinogion) in Idylls of the King by Alfred, Lord Tennyson. Tennyson built his house ‘Aldworth’ on Blackdown, the highest point in Sussex, where he lived for almost quarter of a century until his death.

Of the view from Aldworth, Tennyson wrote to a friend:

> You came, and looked and loved the view

> Long-known and loved by me,

> With one gray glimpse of sea. 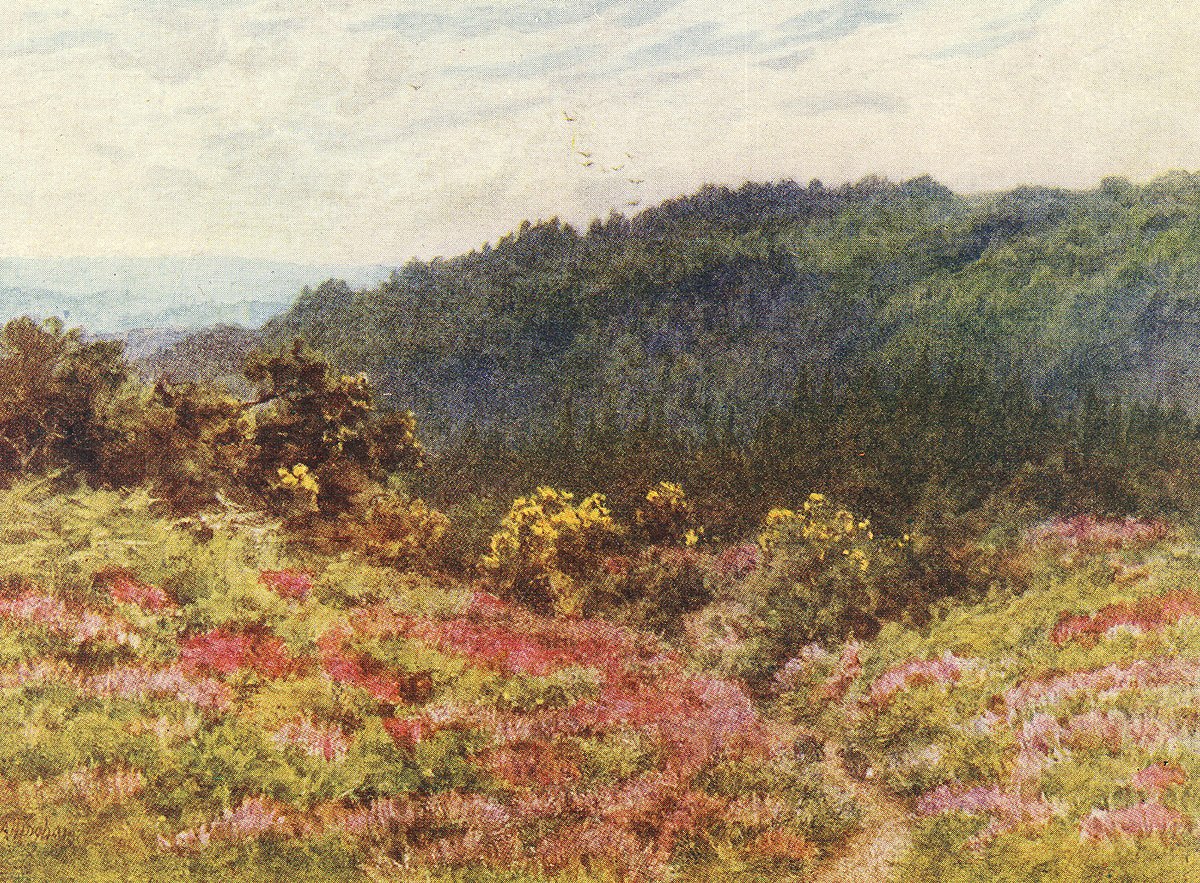 Rackham bought a house in the Sussex village of Houghton, between Arundel (where George MacDonald had lived) and Amberley. Eleanor Farjeon was a neighbour. There is a memorial to Rackham in Amberley churchyard, with views to nearby Rackham Hill.

3. From William Blake’s ‘Oberon, Titania and Puck with Fairies Dancing’

‘Oberon, Titania and Puck with Fairies Dancing’ by William Blake

> Chichester is a very handsome city … Sussex is certainly a happy place and Felpham in particular is the sweetest spot on earth.

At Felpham Blake started work on his poem ‘Milton’ whose Preface contains the famous lines, reputedly inspired by the view to the South Downs from the pub at Lavant, just north of Chichester:

> And did those feet in ancient time

> And was the holy Lamb of God

Blake was tried for sedition in Chichester after ejecting a drunken soldier from his garden in Felpham. He was acquitted, but returned to London. 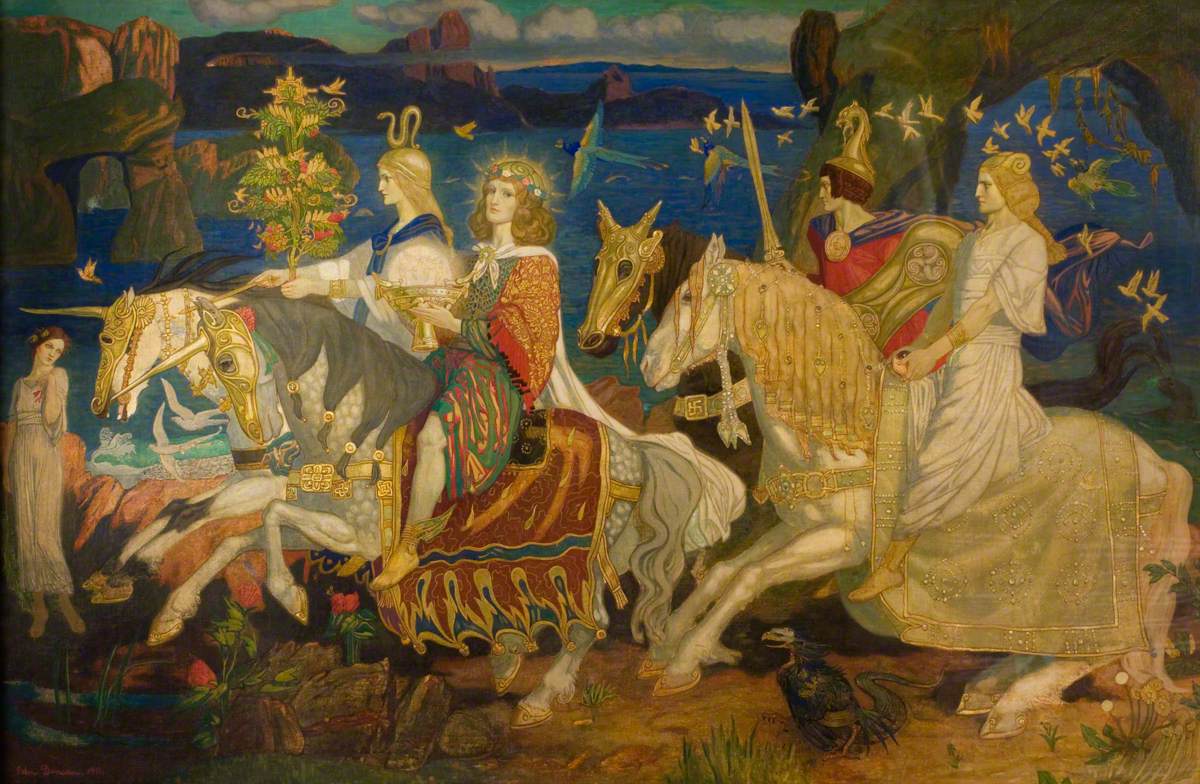 ‘Riders of the Sidhe’ by John Duncan

‘Sidhe’, the Gaelic word for “Fairies’ or ‘People of the Mounds’, is pronounced ‘Shee’, as in Glenshee and Schiehallion (respectively a valley and a mountain in Scotland). This picture is the exception because I can find no Sussex connections for this eccentric Scottish artist, so I guess it’s down to droit de directeur!